Polar is committed to working as a team with its clients in the interest of safety and efficiency Understanding and respecting the urgency of the client is our top priority.

In 1996 “Rig Specialties Inc.” was formed to serve the installation needs of Pyramid Manufacturing, (a major manufacturer of drilling rigs). Maritime Hydraulics purchased Pyramid Mfg. and RSI in 1998 and became known as MH-Pyramid.

From that time until July 2000, R.S.I. crews have performed the installations of derricks on some of the most modern deep water drilling rigs in the world. Through these projects our crews have grown and expanded their skills and equipment inventories to meet the challenges presented by the advancing technology of the drilling industry. Derricks are not just derricks anymore, they are automated drilling machines and the people making them work must step up as well.

July 2000 – the assets of the derrick installation unit were purchased from MH-Pyramid by the present sole owner/operator, John Harris and “Polar” Rig Specialties Inc., a totally independent derrick building company was created.

July 2012 – John Harris sold Polar Rig Specialties to Mike Ward and Cory Johnson. Both Mike and Cory had been with Polar since day one with Mike growing into the operations manager position for the past seven years and Cory developing into a lead field supervisor over the same period. With the experience of these two individuals Polar will move on to grow with the ever changing offshore derrick service industry. This sale was arranged in order that the company continue servicing the clients with the enthusiasm and efficiency as it has under it’s founder, John Harris who has decided to retire.

Polar is strategically located in New Caney Texas, allowing for close access to many clients and rapid deployment of personnel. 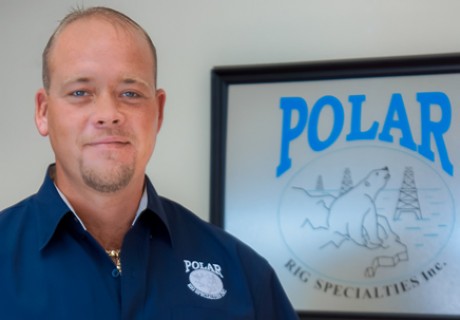 Cory started as a derrick builder in 1998 with RSI. In 2001 Cory started working for Polar Rig Specialties where he moved up to the rank of Field Supervisor. Throughout his career he has performed many different projects in both a working role as well as a supervisor role. His duties included project planning and coordination, sales, project supervision and safety coordination. On July 11, 2012 Cory teamed up with Mike Ward to purchase Polar Rig Specialties from John Harris. Cory served as Vice President of the company where he and Mike both operate the business from both the office and the field.  As of July, 2017, Cory is the new CEO. 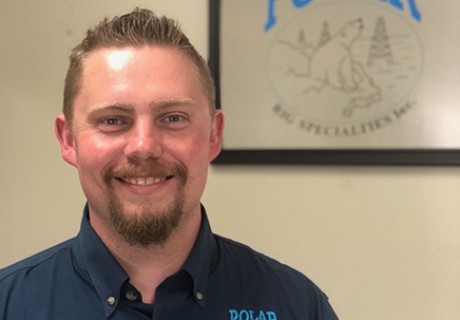 Stephen began working for Polar in January 2009. Stephen started as a shop manger after graduating from Texas A&M with a Bachelor of Science in Maritime Business Administration and a Minor in Economics. His first few years were spent proving himself in the shop. This included Stephen being responsible for all tool inventory and shop management processes as well as streaming the tool rental process to ensure our customers received the best possible equipment in a timely manner.

As General Manager, Stephen is now responsible for managing the day to day operations of the company. 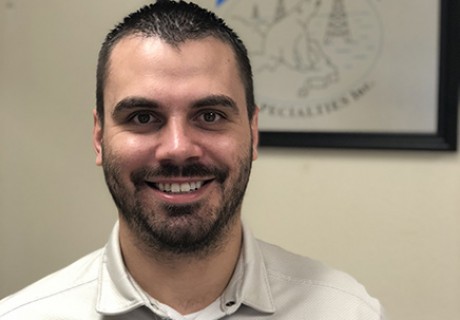 In August 2017, Jesse Whitton joined Polar Rig Specialties as the Senior Operations Manager. Shortly after High school Jesse began his career in Iron Working.  He assisted in completing several high rises in Miami which led to a passion for complex projects. In 2010 he became the youngest structural Field Service Technician ever hired with National Oilwell Varco.

Over the next several years Jesse’s work ethics soared as he traveled all over the world for work, gaining knowledge, experience, becoming more mechanical inclined as well as supervising jobs at a young age.

This led Jesse to the Structural Service Management position within NOV’s office.

In August of 2017 Jesse made the decision to join the Polar Rig team and use his experience to excel with them. 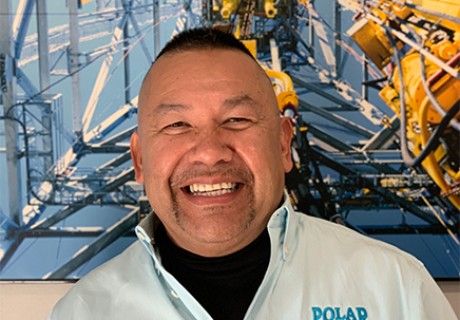 In 1983, Ernie began his apprenticeship at the Iron Workers Local 84. Attending night classes and earning my diploma with training in blue print reading, welding, fabricating, rigging, and rod tying. During the day, he received on the job training by working on erecting several buildings in the Houston area, continuing this line of work for about ten years. In 1993, while continuing to work for the Local 84 union, he moved into “Rigging” with Sullivan Transfer. They moved (Rigged) heavy machinery and large vessels located in refineries all over the United States. We were well known as the “Specialty Riggers” in several States.

Ernie began his Rig Building career working in the Oil and Gas Industry for Dreco Manufacturers in 1996, then working for National Oilwell Varco (NOV) in 1997. For the next six years, Ernie honed his skills, working as a Rig Builder, building/erecting oil derricks, installing equipment, rebuilding crowns, and special rigging jobs all over the world while working as a Supervisor during that time. In 2003, he became the Structural Supervisor with over 25 workers reporting to him, and was in charge of staffing and equipment, erecting Derricks and installing equipment located all over the world. Working for several well-known companies in the Oil & Gas Industry.

In 2005, he became Manager of the “Structural Group” at NOV, with up to 45 employees reporting to him. They worked closely with customers, which had very important deadlines to meet with day rates exceeding 500 thousand dollars per day. On several occasions, they were called upon to get the clients back in service, in the shortest amount of time, these jobs were known as “Rig Downs.”
The yearly revenue for the unit under the “Structural Group” earned approximately 15 million per year.

By 2017, he returned to Polar Rig as Vice President, assisting customers with different projects globally. Some of the work scopes we assist with are the following: Welding, fabricating, rigging, Crown repairs, Top Drive / Traveling Block change out, rope access, and more. Polar Rig has clients all over the world and has assisted in Derrick Building & Equipment Installation in the Oil and Gas Industry for many years. Polar Rig also assists customers with “Rig Downs” situations, getting the oil derrick up and running in the shortest amount of time. Polar Rig and their employees have been called the best in the business. 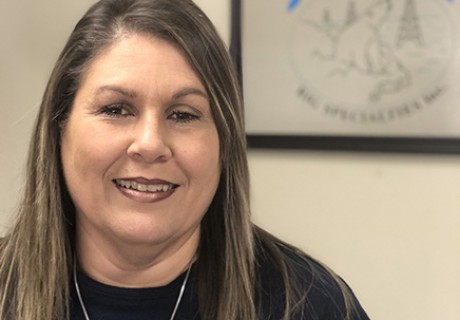 Bo began working for Polar Rig Specialties, Inc. in November 6, 2017 as Office Manager.  She graduated from Bradford School with a Business Degree in December 1983.